Why You Should Buy A Jeep Wrangler Right Now
Andrew Maness March 15, 2016 Look at those beauties. Bask in their simplicity, revel in the boxy design. unburdened by styling touches, and overly strict safety regulations. These are true freedom-mobiles, capable of getting you out of the office early on a Friday, and into completely different state of mind as soon as you grab hold of the thin rimmed steering wheel. You peer out over the flat snout of the vehicle and see nothing but infinite possibilities, deserts to comb, trails to climb, sunsets to soak in. A Jeep Wrangler is the most uniquely American vehicle you can buy, and you should, right now, here’s why.

A Wrangler will never not be cool. Doesn’t matter what generation it is, if it runs, it’ll retain some kind of value. Hell, even a dead Wrangler is worth more than many running vehicles. The Jeep scene is massive, and full of passionate folks, which means a large audience that’s happy to take your rig should you decide to part ways with it. In terms of resale value, there are few safer choices out there than a Wrangler, with a few of the alternatives simply being other Jeep models. If you care about how you look in whatever you’re driving, a Wrangler can either fly under the radar, or attract more attention than Donald Trump’s hair. Keep that in mind when spec’ing out your Wrangler, that light bar might be “functional”, but chances are you can get by without it. These things came out of the factory looking absolutely dialed in, and other than a slight lift, and moderately more aggressive tires, there’s nothing it needs aesthetically.

Equally as awesome as the perpetual state of coolness that you get with a Wrangler is the minimal amount of damage it’ll do to your bank account. Sure, it’ll cost you a bit more these days to get into the party, but once you’re in everything is affordable, and the party goes on for as long as you want to stay. The 4.0 inline 6 is one of the most solid motors ever to leave a factory floor in these United States, and it deserves every bit of the praise that has been heaped upon it over the years. It pulled duty in the Wrangler from 1991 until 2006, when it was replaced by the 3.8 litre V6 found in many Chrysler minivans, including my parents. While that motor isn’t so bad itself, it doesn’t hold a candle to the combination of power, and reliability you got with the 4.0.

As for the rest of the vehicle, it’s a Jeep, parts are plentiful, and cheap. These are no frills vehicles, though the top of the line Sahara model did come with air conditioning, and an AM-FM radio-cassette player standard. There’s no navigation, no electronically controlled all-terrain systems, no active driver aids, in other words, less stuff to fail. Everything that eventually needs to be replaced on a Wrangler can be done on the cheap, and almost all of it can be done with a very basic amount of mechanical knowhow.

You Don’t Have To Worry About It:

When was the last time that you went out in a vehicle and didn’t even think twice about where you parked it? How about the last time you went on a drive, and managed to get from point A to point B without a tense moment where you thought maybe somebody was going to damage your ride? You can’t honestly say you’re able to go about your daily routine and not worry about your vehicle at some point, unless of course you’re completely oblivious, or already own a Wrangler.

Now I’m well aware that many people care deeply for their Jeeps, and to suggest that you can simply roll through life without giving a second thought as to the condition of your vehicle is stupid. While I’m inclined to agree in certain instances, this is not one of them. Nobody should think their Wrangler too precious to be left in the middle of a crowded parking lot full of wandering shopping carts. It is after all a vehicle meant for off-road use that just happens to have been adopted by an on-road crowd. Part of the joy of owning a Wrangler should be that you can walk away from it, come back to find a small dent, ding, or scratch, and just let it go. Imagine the sense of calm you’d achieve if you were able to run errands in a vehicle that you enjoyed driving, but didn’t have to think twice about parking between two luxury SUVs. The appeal of attractive, yet basic transportation is immeasurable, and you’d be hard pressed to find anything that performs the duties of such transportation quite like the Jeep Wrangler does. 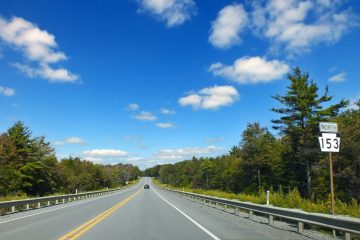 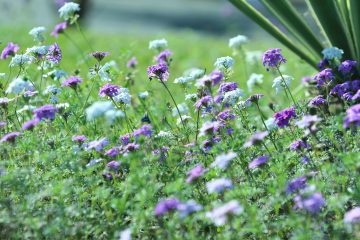 The Most and Least Reliable Used Vehicles August 2, 2018