When it comes to buying a car, new or used, everyone wants to get a good deal but many folks don’t know how to go about it. Sure, there is plenty of information out there about how to negotiate with car salesmen and what day/week/month is the best time to buy a car, but those tactics only scratch the surface of the issue.
Many factors go into determining the price of a vehicle, whether new or used, and having a basic understanding of as many of those factors as possible will help your cause immensely. At AutoTempest, we’re able to look at what models are searched for the most by price and region. We can take that information, look at sales numbers and where market values are at, then make our suggestions based on that data.

For example, the E36 M3 (’95-’98) was searched for 1,052 times while the E46 M3 (’01-’06) was searched for 6,133 times. That may come as no surprise to enthusiasts as the E46 is much more powerful and full of modern creature comforts, but that’s not what makes it the better choice. The E36 M3 has seen a price bump recently and while it’s still a bargain compared to the original E30 M3, its bubble has grown rapidly. The problem is that the E36 shouldn’t have that much market fluctuation: the cars are all worth about the same amount whether they’re cherry examples with low mileage or decent ones with 200k on the clock. The fluctuation in price should be a few thousand dollars, not the wide gap we’re currently seeing. Just under 33,000 of the cars were brought to the US, a considerable amount for a car that is supposed to soon achieve classic collector status. The E36 M3 makes for a great daily driver although examples that served as basic transportation are quite hard to find. These are “survivor” cars and even with high miles they’re valuable if they’ve remained in stock form. Far too many of these cars were modified and beat to hell by their owners then returned to stock for sale at a premium price. For that reason I think the E46 is actually the better value at the moment, despite the overall higher cost of entry. There’s little disparity between what people will pay for a rough E46 M3 and a mint one which means you’re more likely to snag a better example for a better price than the E36. In fact, that’s a point I’d like to drive home because I think it’s something that is lost on my many folks when shopping for a vehicle: the cheaper car is not always the better value. Many times when recommending a vehicle to a friend, I’ve been met with surprise should I declare the higher priced and more popular model as the better value.

Sometimes it is actually better to follow the herd mentality when shopping for a car but that isn’t always the case. Just because a number of people are searching for a car and the market is showing stable pricing for it, that doesn’t mean that now is the time to buy. On the other hand, I can’t begin to count the number of times I’ve heard people say “I wish I’d pulled the trigger, I would have been sitting on a gold mine now!” when they’ve passed on a purchase because they were waiting to see if prices would go up or down. Our goal is to reduce the number of times that kind of thing happens by presenting you with data that is easily understood and applied to the search for your next vehicle. Knowledge is power and you want as much power as possible at your disposal when shopping for your next car. 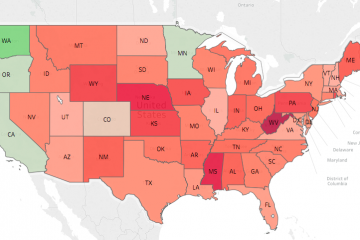