How To Choose The Most Reliable Car
Andrew Maness January 12, 2016 We humans are a weird bunch. We love new things because we never evolved past the “ooooooh, shiny” phase, but we also fawn over old things because of a little thing called nostalgia. The fight between nostalgia, and the feeling of satisfaction we get from taking possession of something new is perhaps the greatest internal battle we fight. If you don’t believe me, just think about the first thing you ever possessed, something that was wholly yours, and then think about the most recent thing you purchased for your own gratification. I bet that you struggle to decide which one is definitively more precious to you, and if not, well then good for you, you’ve got a solid grip on your emotions, or none at all.

For the sake of argument, lets take finance out of the equation for a minute, and discuss the issue of choosing a vehicle that will last as one that can be determined purely by trusting your gut. If money was no issue, what brand would you look to for a vehicle that is not only going to last a long time, but hold its value as well? Additionally, what brand would you look to for a vehicle that will hold your attention, and keep you comfortable, as both you, and the car get on in years? These are questions you should ask yourself when you’re in the market for any big ticket item, but they’re especially important when it comes to automobiles because of the nature of automotive advertising.

I can think of no other industry where the advertising is so laden with messages both nostalgic, and progressive. On the one hand brands want to remind you that they’ve been around a long time, and bring a mountain of experience to the table. On the other, they have to let you know that they’re not resting on their laurels, and that they’re leading the way with the most innovative vehicles on the market. You get just a little dose of nostalgia to bring up that “oh I know them” feeling, and then you’re hit with a message about how the newest vehicle is the best they’ve ever built because of ______ and how it can make your life better. So, can you trust your gut when choosing a vehicle? No, you can’t. Your gut feeling isn’t pure, it has been diluted with all sorts of outside messages, even if you don’t realize it. So what do you do? How do you choose a car that will last?

You can either roll the dice like most people do, and go with a new car that should last, or you can do the smart thing and opt for a car that is proven to last. Start by taking both nostalgia, and the desire for something shiny and new out of the equation. Look at the available facts, find vehicles that are known for their longevity, and then refine the results by searching only for the vehicles that are tailored for your lifestyle. Do you care about the way the car drives, or do you eschew weekend jaunts on curvy roads ? Do you care about the way the car looks, the way it feels, the aesthetics, the ergonomics, do these things really matter to you?

If not, congratulations, you have plenty of options, most of them coming from Japan in the 90s, many of which can be had for very little money. However, if you want a vehicle that will most likely outlive you, is enjoyable to spend time in, and will look good right ’til the end, you’ve got a much smaller field to select from. Add in the little issue of affordability, and the field grows smaller still, but fear not, there is a brand that meets these criteria, and they made multiple models so you could have a garage full of reliability.

There’s little that I could say about the W123 generation of Mercedes-Benz vehicles that hasn’t been said already. These, and the W124 generation cars that followed, are known for being among the longest running vehicles on the planet, and it’s a reputation that is well deserved. The highest mileage Mercedes still on the road belongs to a  Greek taxi driver who has put 2.8 million miles on his 1976 240D, and there are countless other W123 Benzes still carrying passengers around at all corners of the planet. They’re trusted on the plains of Africa, the deserts of India, and the frozen tundra of Russia, so they’ll probably do just fine getting you around town.

Of course these vehicles don’t just run forever without a good amount of care. If you want a vehicle that you can ignore in terms of maintenance, then a Mercedes-Benz is definitely not for you. Don’t let their reputation for being tough to work on scare you off though, they developed that reputation long before they advent of the internet, let along YouTube. These days anyone with a basic set of tools, and a little mechanical inclination can keep an old Benz in good running order. And if you choose to work on your car, you’ll be better off all around. To have a intimate understanding of your vehicle obtained through wrenching on it will enrich the ownership experience overall, and you get the bonus of not having to pay for countless hours of labor.

Once you grasp how these old cars work, you’ll see why they’re regarded as timeless by their enthusaist communities, and why they’re a solid choice for a long term vehicle. New models might be far more technologically advanced, but just because they’re chock full of new technology, that doesn’t make them better vehicles. In fact some might say that new cars are over built, that they carry an excess of equipment in them, equipment that will be outdated within a few years. Whether we’re getting to the tipping point of vehicle technology being so good that it doesn’t need to be any better, or just getting started with a monumental shift for vehicles to be more computer than machine is up for debate.

One thing is for certain though, if you want to know how to choose a car that will last, look to the facts, trust decades of data, and ignore that pesky feeling in your gut that the new shiny vehicle just might go forever, because it probably won’t.

Find a W123 Mercedes-Benz with AutoTempest! 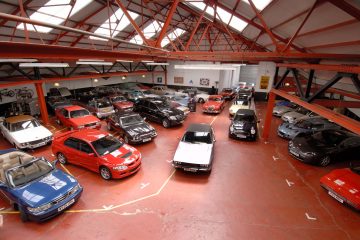