It’s only been five years since Pontiac closed up shop, but it sure feels like a lot more doesn’t it? Honestly I can’t picture the brand existing in today’s ultra-competitive automotive marketplace. It surprises me that GMC is even still a thing, given how nice Chevrolet vehicles have become, and how many people are willing to drop the extra dough on a Cadillac, it surprises me that GMC and Buick are still around. I guess success in China and popularity in the construction community is enough to keep a brand afloat. I can’t help but wonder if Pontiac had been given more time, would their vehicles have found an audience? Hard to say, but there is definitely a saavy group of enthusiasts out there that I think would say yes, they would have. These folks are the ones still dedicated to the care of GTOs, G8s, G6s, and today’s featured car, the Solstice GXP.

I know a number of people that are still salty about the shuttering of Pontiac’s doors simply because they wanted to see a refreshed version of the Solstice. When it went out of production in 2009, it felt like the automotive community had only gotten the smallest taste of the Solstice GXP. Only 781 GXP coupes and around 13,000 GXP convertibles were produced during the two year run. The rarest of all are the last 20 GXPs, 12 coupes and 8 convertibles, that rolled off Pontiac’s Delaware assembly line in 2010. These cars were used by GM as promotional vehicles before being sold at auction and no a single one of them is currently up for sale. That it has remained an underrated niche car, despite having a rabid fan base, and a dedicated community, only adds value to the GXP. Of course the fact that it is an exceptionally fun car to drive doesn’t hurt either. The 2.0L inline 4 cylinder Ecotec motor features a twin scroll turbo and has the distinction of being the first gasoline direct injection engine offered by a U.S. automaker. The power plant cranks out 260 hp and 260 lb-ft of torque, though a dealer optional tune could increase those numbers substantially to 290hp and 360 lb-ft of torque. Think about those figures for a second and then consider the fact that this is a car that weighs just a tick over 3,000lbs. I don’t know about you, but that sounds like a recipe for a whole lot of fun in my book. When looking for a GXP, it is always worth asking if this tune was done and since it was a dealer only option, there should be paperwork to prove if that’s the case. The big knocks against the GXP and the Solstice in general are in line with almost any GM product of the era. The interior styling is bland, pieces feel cheap, and you get the overall sense that this is a parts bin car. All of those barbs are true, but for what this car is, and what it costs, none of that should matter. So what if it shares a manual transmission with the Hummer H3, Chevy Colorado and GMC Canyon? It was built to take a beating and with all that torque on tap, that’s a good thing. As for the overall low quality cabin, that comes with the territory. This is a Pontiac, not a BMW, not a Porsche, not even an Audi. It’s not going to feel premium and it isn’t trendy.

However, you put all that aside, and you’re rewarded with a fun little package with lots of power on tap. If you prefer sharper lines, check out the GXP’s Kappa platform mate, the Saturn Sky Redline. The only differences are cosmetic, but there wasn’t a coupe option, so if you want a hardtop, you’ll have to stick with the GXP. I prefer the center stack design in the Sky to that of the GXP, but I love the way the coupe looks vs. the convertible, so I’d go for a 2009 GXP Targa if it were my money. They’re hard to find, especially with a manual transmission, but relentless effort will be rewarded in the future as these cars are likely to become collectibles. Regardless of which nameplate you go with, make sure it has 3 pedals and the turbocharged Ecotec. Base model Solstices and Skys are OK vehicles, but they certainly don’t warrant underrated status like their more powerful siblings.

Find your 2007-2009 Pontiac Solstice with AutoTempest! 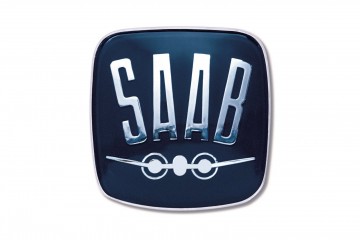 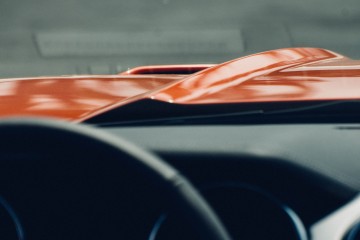