Why You Should Go Buy A Used Volkswagen or Audi Diesel Right Now.
Andrew Maness September 22, 2015

If you don’t live in California, and are willing to buy from a private seller, or used car lot, now is an excellent time to go buy a 2009 Volkswagen Jetta TDI wagon. They’re still great cars, and despite what experts like your cousin Stan say, skirting EPA regulations doesn’t change that. The predictably wild reaction to #dieselgate (really, can’t they come up with a better scandal name?) has already served as the basis for a few class action lawsuits, caused VW’s stock to fall 23% yesterday, and led to speculation on the future of diesel vehicles in the United States. I’m an optimist, especially when it comes to the American public’s capacity for forgiveness, but if there’s one thing we really can’t stand, it’s feeling like we’ve been taken advantage of.

Owners of these vehicles feel like they paid a premium price for a premium vehicle, but now the value of that vehicle is in doubt. It is for that reason that I say now is the time to go out and buy one. Show the EPA that we’re not afraid of diesel, make it clear that oil burners have a place in the U.S., especially the wagon variants. With the sales of all diesels, new or used, now halted VW dealers, only used models up for grabs from private sellers  or lots will be available until further notice. This means that vehicles that carried a higher price tag will now be forced into selling at a discount, and that’s the kind of situation a savvy buyer should take advantage of. People will question your decision making, but their trepidation regarding the whole situation is fueled by ignorance, and anger. If you can stomach the fact that VW lied to consumers, and that you’re eventually going to have to deal with a recall, then I say happy hunting. Go into the buying process with your eyes open, and having learned all the facts. You’ll be in a position of power when negotiating with anyone trying to unload their TDI Volkswagen or Audi. Every major news outlet is reporting on this story, but Jalopnik and Green Car Reports have the most concise pieces that I’ve read so far.

I specifically recommend the 2009 Jetta TDI wagon because it predates when VW really cheeped out on the interiors, and it carries the better looking fifth gen fascia, whereas the 2010+ models have the sixth gen. Additionally, I recommend looking for the holy grail of diesels sold in the U.S., an Audi A3 TDI Sportback S-Line with the Titanium package. These cars have been priced notoriously high in the past, but now they’ll take a value hit just like all the other cars with the 2.0L diesel under the hood. It might not be Quattro, and you can’t get one with 3 pedals in the U.S., but you can trust me when I tell you that as far as diesel hatchbacks go, that car is the jam.

We’ll certainly be following this story closely as it develops, especially given the potential it has to effect the entire used Volkswagen, and Audi market. One thing is for sure, the reputation of Volkswagen, and by association, Audi, has been tarnished. Bad for the brands, but good for would be buyers who like to swim against the current. The brands will rebound, there’s no doubt about that, and when they do you’ll be sitting pretty having paid less for a car that never would have seen any sort of discount. Just keep in mind that they’re still VAG products, there will be the usual issues, and they won’t be covered under the recall when it happens. Unless of course things go really badly for VAG, and they’re ordered to pull the cars off our roads all together, then replace them or reimburse owners. It’s highly unlikely, but so are a lot of things happening in this country these days. Like I said, we’ll be following this story closely. 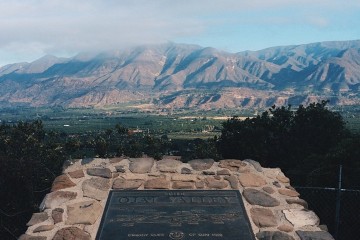