The new Audi Allroad is a gorgeous vehicle and really quite tempting, but is it a better choice than an older crossover like a Subaru Outback? In the early 2000’s, Audi sold a ton of Allroads in the States despite their tendency to be in the shop more often than the driveway. Audi discontinued sales of the Allroad in the US after the 2005 model year, leaving fans of the car with the A4/A6 Avants as the only long roof options. Audi pulled the A6 from our shores in 2011 and the A4 following year. At the time, this move seemed ludicrous to Audi fans like myself, but in hindsight I can see how it made sense. Sales of the A4/A6 Avant were decent but not staggering. America’s love affair with crossovers was reaching new highs and people apparently missed the Allroad, which they hadn’t seen for nearly a decade. The decision to kill the A4 Avant must have been an easy one for the beancounters to make. They could continue selling a traditional wagon to a relatively small group of people or slap some body molding on it, jack up the ride height and the price, then sit back and watch them sell.

Since going on sale in May of 2012, the Audi has moved just under 15,000 Allroads as of the 1st of this month. Not exactly a rousing success story, but still a fair amount of people paying a premium for a vehicle that lacks all the things that made it great the first go round. The current model has no height adjustable air suspension, no manual option, and no funky plaid interior options. It does have a skid plate and the option to delete the body molding for a $1,000 surcharge. Having to pay extra to make a car look like the car it replaced doesn’t seem fair, but man does it make for an improved bottom line.

As much as I love Audi as a brand, I can’t back the Allroad. It’s a cash grab product and while I respect the hustle, I have to look out for you, the consumer. So if you’re looking for an upscale 5 door that’s adventure ready, I’d point you to the 2009 Subaru Outback 3.0R Limited

While it may not be as glamorous as the Allroad, the Outback is far more capable and cost effective. The 3.0 litre H6 motor is among the best Subaru has ever produced and has proven to be very reliable. Though it has been in use since 2001, I think the 2008/2009 years are the best Outbacks to feature this power plant. In my opinion these are the best looking Outbacks ever made and they’re not lacking in creature comforts either. The large winged front grille is a nod to Subaru’s aviation history as part of Fuji Heavy Industries. It’s more aggressive looking than the previous generation and not goofy like the one that followed. The size of the car is substantial, not overly bulky like the current generation. The biggest difference between the Outback and the Allroad is, of course, the interior. Luxury is relative, and for what you’re going to pay for one, you get a lot for your money. Heated front seats, a Harmon/Kardon sound system, and a panoramic sunroof are standard on the 3.0R Limited. For something a bit different, you can hunt down a L.L.Bean edition that adds trim specific alloy wheels, exterior color options, and some neat-o L.L.Bean badges, if that’s your thing.

For me, the most compelling piece of equipment on the 3.0R is the Subaru SI Drive system, which is also found in the legendary STI. Subaru SI Drive allows the driver to select from three driving modes: Intelligent, Sport, and Sport Sharp. Each mode changes the engine characteristics as they relate to throttle input. Intelligent is for everyday driving and inclement weather, Sport is for highway driving or climbing steep grades, and Sport Sharp is for aggressive driving situations. With all the money you’ve saved getting a pre-owned 3.0R instead of a new Allroad, you could invest in some light aftermarket suspension modifications to further enhance the vehicle dynamics. The Outback 3.0R can go from fun family car to full on sports wagon with just a few simple tweaks. Best of all, most people won’t notice you in an Outback and I’d say that’s ideal. You can go about your day to day business in comfort and safety. Then, once the groceries have been delivered and the kids have been dropped off, you can take some time just to enjoy the driving experience. Not overpaying for a new Audi will broaden the smile that should already be on your face from driving the Outback. 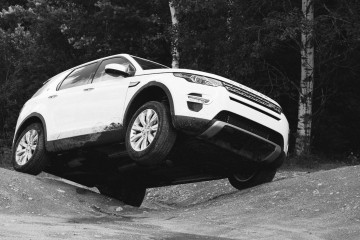 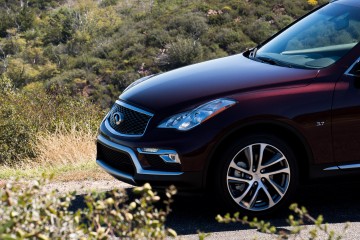 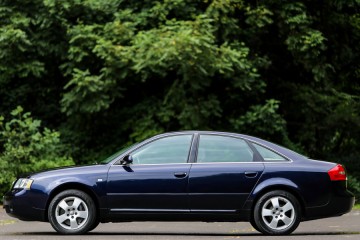