I’m from Vermont and that means two things: I’m a cheddar snob and I have a predisposition toward driving Subarus. I’ve owned six of them, some turbocharged and built for speed, some naturally aspirated, and some barely capable of climbing a steep grade. My 4th Subaru, a 1995 Legacy wagon, has north of 350k on the clock and is still driven by a sibling. In Vermont, Subarus are relied upon by many as a means of transportation because they are dependable and affordable. The one thing that was long missing from the equation was efficiency, at least the kind of efficiency people expected from a 4 cylinder engine. The symmetrical all wheel drive system that made Subaru great is also what held them back from achieving praise in the fuel economy department. Their cars got decent gas mileage if you drove them easy, but as fuel prices continued to rise in the 21st century, people made it clear that decent wasn’t going to cut it. Buyers wanted a truly fuel efficient Subaru and when the 4th generation Impreza launched as a 2012 model, they got one.

A friend who picked up a hatchback Impreza shortly after it debuted reported that he regularly got 40+ mpg on the highway and within a few months I had a flurry of people asking me what I thought of the redesigned model. I began to see more and more new Subarus on the streets of Los Angeles, not exactly the place you think all wheel drive vehicles would be selling like crazy, but they were and they are. Subaru has seen seven consecutive years of growth in the United States and last year they sold 500,000 cars for the first time in company history. Their next sales target of 600,000 by 2021 seems doable, especially if they hit their target of 540,000 vehicle sales for 2015. After spending a week with a fully loaded 2015 Impreza, my money is on them to hit the 600k mark ahead of schedule because Subaru finally has what all buyers want, a car that is the total package. It used to be that you had to pre-apologize for certain aspects of a Subaru. Hard seat bottoms, a considerable amount of cabin noise, poor quality audio, and an overall lack of creature comforts were all valid points of concern in the past. The only complaint that I had about the 2015 Impreza was that it lacked ooomph and that’s largely because I’m a power hungry maniac. For most people, the 148hp churned out by the 2.0 boxer motor is enough to get the job done. Subaru’s LINEARTRONIC CVT is one of the best continuously variable transmissions on the market and can makes the Impreza feel surprisingly punchy at times, especially when using the paddle shifters mounted on the steering wheel. Being the manual elitist that I am, I can’t say that I would choose this transmission if I was to get an Impreza for myself, but I’m comfortable recommending it for everyone else. Besides, if you opt for the Premium, Limited or Sport Limited trim, it’s not like you have a choice. Subaru limits the availability of a 3rd pedal to the base 2.0i and 2.0i Sport Premium, which I suppose is better than nothing.

So, aside from a lack of grunt and limited availability of a manual transmission, is there anything I don’t like about the 2015 Impreza? No, there is not, and I couldn’t be happier to say so. That Subaru has finally brought such a well rounded entry to the segment, it validates my long standing belief that they are capable of being a premium brand. For those of you that are familiar with the usual Subaru shortcomings of the past, you’ll be immediately impressed when you find they’ve all been dealt with. I had a variety of people ride in the back, all of them agreed that in addition to the cushioning being much better than any Subaru they can think of, there was plenty of legroom and headroom as well. The current Impreza is nearly the same size as the 1st and 2nd generation Legacy, a testament to just how much the car has grown. I logged a serious amount of time in the drivers seat during my 10 days with the car and I never found myself shifting in the seat, trying to get comfortable the way I would in my older Subarus.

NVH (Noise, Vibration, Harshness) has been significantly reduced and boy does that go a long way when using the STARLINK infotainment system. Having Bluetooth calling capability and voice command is all well and good, but if a vehicle’s cabin isn’t properly insulated, those features are wasted. The Impreza is surely no S-Class in terms of shutting out the outside world, but in the countless conversations I had via Bluetooth, nobody complained about background noise. When I used voice commands to place calls, pull up menus, or simply change satellite radio stations, my success rate was well above average. I find that to be quite impressive as the majority of voice command systems I come across are infuriating. Starlink moves through menus quickly, is easy to familiarize yourself with, and perhaps most importantly, doesn’t try to wow you with gimmicks. It is certainly not the most impressive infotainment system on the market, but that’s fine because it doesn’t need to be. Much like Subaru owners themselves, the Starlink system is straight forward, no B.S. A wonderful infotainment system would be the most impressive bit of tech on the 2015 Impreza were it not for the available EYESIGHT package. I got to demo the system a few years back at the LA Auto Show where I was put behind the wheel of a fully loaded Outback, told to drive 30mph at a wall of cardboard boxes and not touch the brakes under any circumstances. After the Outback brought itself to a complete stop I remember thinking “Damn, this is available in a $33,000 Subaru, that’s crazy!” After using the adaptive cruise control nearly the whole way from Boston to Vermont via Route 2 and I-91, I thought to myself, “Damn, this is available in a $25,000 Subaru, that’s crazy!”

Seriously, it really is crazy to me that in a matter of a few short years, this technology has made its way into the Impreza. Here’s a car that is capable of getting 40+ mpg, comfortably hauls friends and gear with ease, is consistently rated a top pick safety wise, and it can be had fully loaded, for $25k. Oh, on top of that it is reliable, fun to drive and will hold its value better than almost anything else on the road. Put all of that together and you have a pretty clear picture of why Subaru is having so much success with their new vehicles. They’ve had their niche markets locked down for years and looked to go more mainstream without upsetting their core audience. The 2015 Impreza will likely end up being proof that they succeeded, we’ll just have to wait until the end of the sales year to find out. Find your Subaru Impreza with AutoTempest! 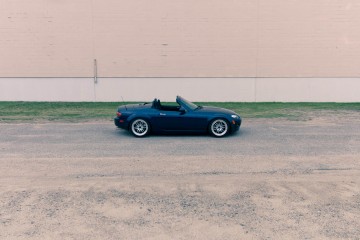